I read this synopsis from Book Riot on The Impossible Knife of Memory by Laurie Halse Anderson and thought “what a cool story. I should check that out.” Then somebody walked into my office.

That very night I read in the newspaper that Laurie Halse Anderson was going to be at Alamosa Books on that Friday, January 10, 2014 to sign her new book. Never ignore a coincidence, as Deepak Chopra says. 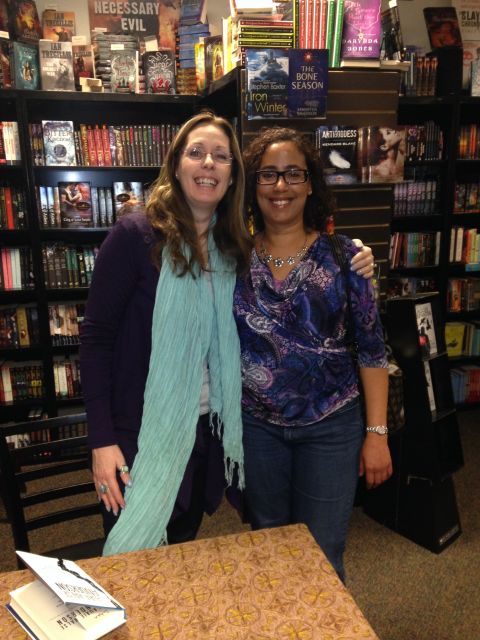 Laurie Halse Anderson and me at Alamosa Books in Albuquerque, NM
on January 10, 2014.

During her talk, Laurie Halse Anderson hooked me with the magical musical moment thing. She was explaining  how her reason for writing her YA novel Prom was to get to this one page, where the perfect song comes on and all the social barriers that separate people disappear and everyone just starts swaying to the music.

It made me think of that scene in The Perks of Being a Wallflower where Charlie is watching Patrick and Sam dancing to “Come On, Eileen” and he is shifting from foot to foot, psyching himself up to join them. Or last Saturday night, when the band at the club started playing “Shout” and me and my friend and practically everyone else in the place rushed to the dance floor and started jumping and singing and just about losing our damn minds. 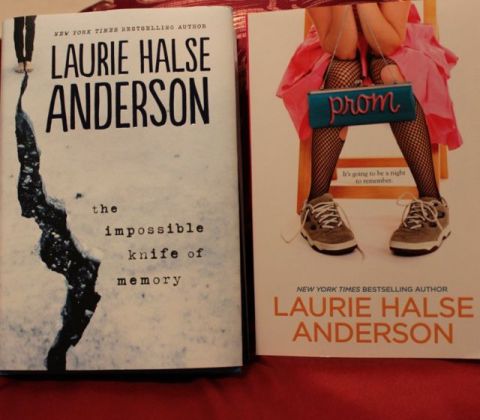 My signed books by Laurie Halse Anderson.
The Impossible Knife of Memory and Prom.

I have two new books on my To-Be-Read list now.

You are currently browsing entries tagged with Music at Read, Write, Bliss.