And by the way, my only bliss this past week 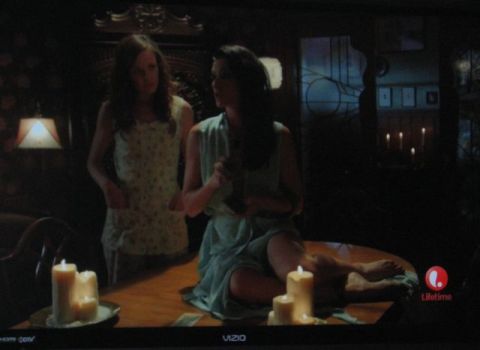 Sorry I haven’t posted in awhile. I got hit with a family crisis—I didn’t even get to go to the art exhibit I’d been planning on for the past three weeks. It looks like everything is getting resolved, though, and for the best. Through all that,  the joy I did get during some troubling hours came from my shows. Yep. The TV.

It is crazy-ass good times and the right blend of funny and freaky-deaky. Not to mention the two leads are a pleasure to watch together. It’s already been renewed for a second season. The only complaint I have is no new episodes until November 4th.

Superheroes! It came on at the same time as Agents of S.H.I.E.LD. so thank goodness for DVRs. I sat down for all three hours of this one.

Getting ready to watch Superheroes on @NMPBS

"Clark Kent was a disguise. Peter Parker was a fact."– Len Wein #SuperheroesPBS

Have u seen a new show called Brooklyn 99? It is hilarious. . . The chief of police reminds me of you.

This is the second time Dia has said I remind her of a dry, sarcastic, male who is a police officer. And I’m totally okay with that. Besides, Brooklyn Nine-Nine is hilarious. I mean laugh out loud.

I’ve been longing for a show centered on witches who aren’t getting their broomsticks handed to them by vampires. I got what I “witched” for on this one.

What TV shows have stuck with you so far this fall? Which shows get you through the hard times?