I Bought a Real Cowboy Hat Because of Django Unchained

I continued the tradition this year of throwing my Oscars viewing party. The theme? Django Unchained, of course.

There is a serious run on Django posters. So I made my own by printing out the pictures from the iTunes soundtrack booklet and taping them over an existing poster. 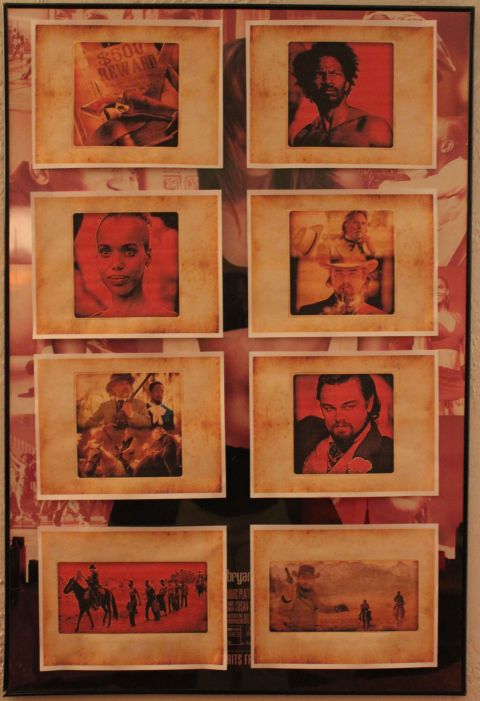 For the Django outfit, I easily found the coat and belt at a nearby thrift shop. The hat, on the other hand, was another matter. I thought it would be a piece of cake finding a cowboy style hat in New Mexico.

“Not a good one, honey,” said my Texas-born, cowboy boots-wearing friend Martha. 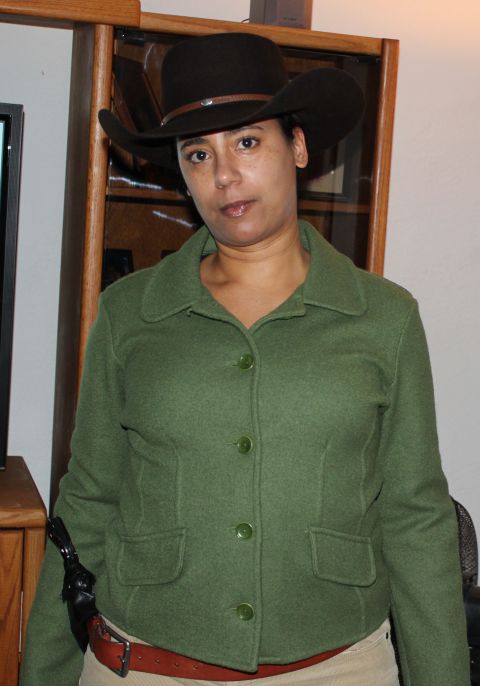 Saturday morning I caved and ventured into Hillson’s Western Wear on Route 66, pretty much feeling like the salesmen were thinking “What are you doing in here?” But that was my prejudice talking. Turned out, they’d gotten plenty of requests for Django-style hats lately. They even had a country-western magazine with a hot cover photo of Jamie Foxx and Leo DiCaprio in Django gear on hand.  I picked out a standard chocolate brown that could be customized and shaped to look like the one Jamie Foxx wore. I also picked out a hat band that looked the most similar to Django’s. The hat guy at Hillson’s used the magazine photo for reference while he shaped and trimmed my hat. 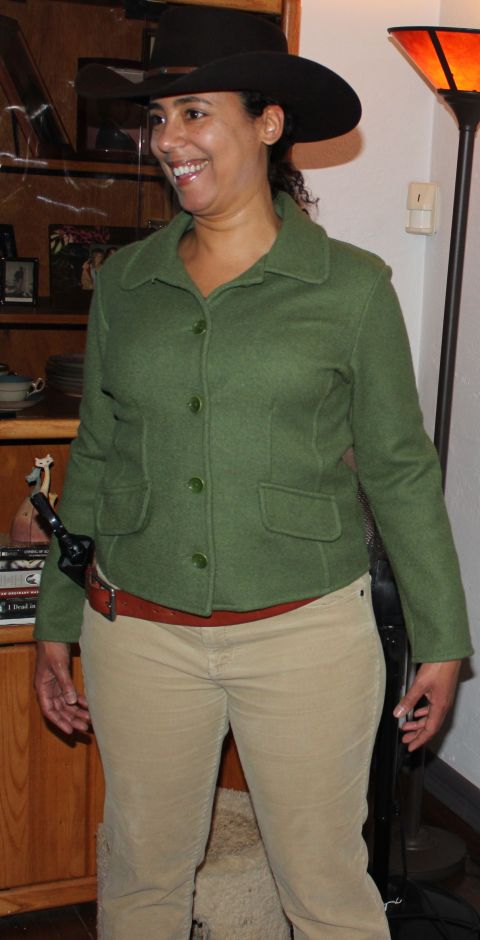 The men (and woman) working in the Western store were friendly, down-to-earth, and really knew their stuff. Did I spend five times as much as I had originally planned on a hat? Yes. Was it worth it? Hell, yeah! My cowboy hat looks awesome! And it was so necessary to make the classic Django outfit work.

This is what is so great about the movies. They make you venture out into places you never would have considered going otherwise. You meet some new people, and discover that we all have a lot more in common than we ever thought.

My friend Vic came as early fancy Django. We all lost it when she walked in. “I hope your neighbors don’t think this is what I normally wear,” she said.

My friend Dia came as Sheba. If only her husband had dressed up as Calvin Candie, that would have been sweet! 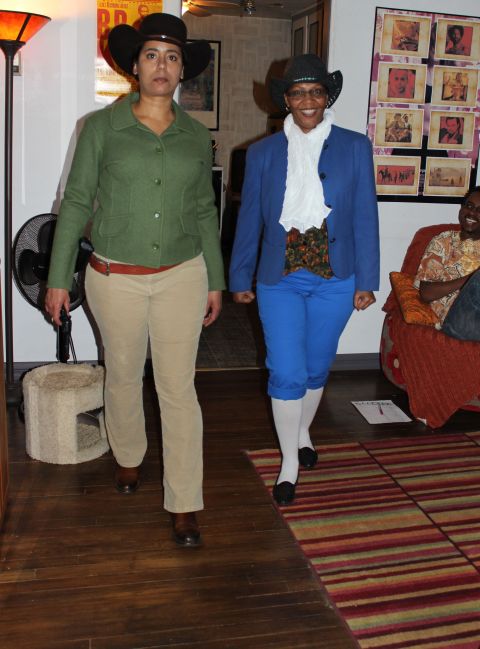 Why I’ve Been Incommunicado Lately

After midnight, during the first snow and ice storm of the year, I picked my mom up from the emergency room. A walker, a wheelchair, two and a half bottles of Vicodin, and a month’s worth of doctor’s visits and tests later, she was diagnosed with a hip fracture. She just underwent surgery and the hip replacement went well. The nightmarish month of missing work and taking her to the runaround of appointments and helplessly witnessing her misery and incapacitation (she dropped twelve pounds because she was in too much pain to eat) is finally over.

Through all this I managed to keep writing. No matter how tired or upset I was, I stuck to it, an hour every day. Retreating to the trials and tribulations of my characters was cathartic, and it saved my life. Everything else went by the wayside, however. Housework. Reading. Socializing. Blogging. But now, Mom’s in a rehabilitation facility, reading the copy of First Grave on the Right that I lent her, and I am back.

Holy cats! I’m still taking care of my mom’s cats (the two on the right) and they’re a furry handful. They’re going to have a blast at my Oscar party this Sunday. Ha ha!

You are currently viewing the archives for February, 2013 at Read, Write, Bliss.