“It’s up to women to stand up for themselves in this election.” —Alexis Bledel 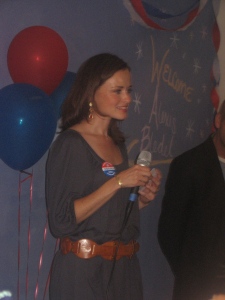 I’m a huge Gilmore Girls fan, so when I heard that Alexis Bledel was going to be in Albuquerque for the OFA-NM celebration of President Obama’s birthday, I was pretty excited. It was the nudge I needed to jump into the political pool I’ve been dipping my toes into for over a year now.

During her speech at the birthday event, Alexis listed the reasons she supports the President:

In one way, Alexis is very much like the Gilmore girl she portrayed so charmingly for seven years. She at times had difficulty articulating what she felt so passionate about, the force of that feeling tripping up her words. Despite that, she is traveling and speaking publicly, campaigning for a president she believes in. I am inspired now. I have a terrible time with verbal communication, but I can get involved anyway. I signed up to volunteer for President Obama’s re-election campaign. What’s important in life is showing up. 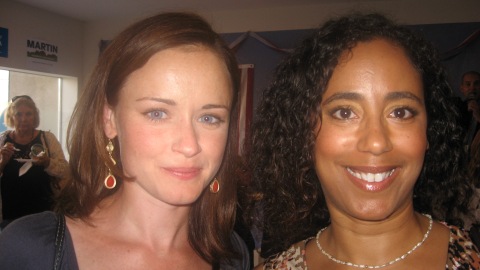 Alexis Bledel and Me!