From The Dark Knight Rises to Shattering Tragedy 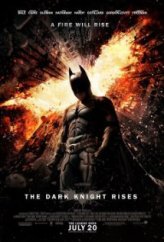 It is impossible for me to write about going to see The Dark Knight Rises and not write about the horrific shooting tragedy in Colorado. Like those people who went to the midnight premiere, I had been eagerly awaiting the conclusion to the Batman trilogy. I prepared for opening day by re-watching Batman Begins and The Dark Knight. The latter movie, which I stayed up till midnight on Thursday to watch, is dark and depressing— nightmarish, really—and I woke up Friday morning with that still clouding my mind. Then the news about the real nightmare in Aurora, Colorado hit me, and I am still battling sadness and fatigue in the aftermath. Is life imitating art or is art imitating life?

The attack on the moviegoers feels like an attack on the family. The family of superhero fans who love comics and stories of epic battles between good and evil, fairness and corruption, justice and lawlessness. A family of those who have been getting ready to accompany Bruce Wayne on his ultimate trial. I had been planning to see this movie with my friend in celebration of her birthday ever since we went to the Tumbler Tour three weeks ago. In the fictional city of Gotham, Batman is a symbol that shakes people out of their apathy and gives them hope. In our world, in the wee hours of July 20th, 2012, a unifying event around that very symbol was poisoned, turned into a horror of terror and death.

After watching so many shell-shocked eyewitness accounts on the news, I was a little anxious about going downtown to see the movie. But Batman faced his debilitating fear of bats by throwing himself right into the middle of their nocturnal flight path. So we must face our fears of the havoc wreaked by one psychopath and venture out in spite of that. Off I went, taking the time to appreciate the blue skies and the opportunity to see a dear friend on the anniversary of her birth. She got a big hug when I met up with her in the theater lobby. All my friends will be getting big hugs over the coming weeks.

In the wake of the shooting in Colorado, several scenes in the movie are disturbingly real and too close to home. I felt like the little boy Bruce Wayne in Batman Begins when he gets spooked at a play by the bat-like creatures on the stage. Every time a scene played out on the screen of bullets spraying and people falling, I looked anxiously for an escape route, cut paranoid eyes at a figure moving down the aisle, clutched the arm rests of my seat, waiting for the gunman to enter and the shots to ring out. Was I losing my mind? I was so preoccupied that I missed things in the movie that weren’t spoon-fed to me. After the credits rolled my friend was explaining stuff to her nine-year-old daughter and I was thinking, can you explain that to me, too?

Saturday morning, I steeled myself for the newspaper coverage. I took my paper and my cup of tea into the backyard with the bird bath and the hummingbirds and the lavender and my lazy old cat to try to restore some peace to my psyche. I opened the paper and started crying again. A man who had gone to the midnight premiere to celebrate his 27th birthday was confirmed dead. There is a picture of the man’s father as he embraces other family members, his face contorted in anguish. I cast about to come to terms with this man’s grief and loss and I thought of young Bruce Wayne, watching his parents get killed in front of him. That trauma never left him, and fueled him to torture himself, put himself through hell, to try to avenge their senseless deaths by helping others in peril. I think that is why we love superheroes so much. Early in life we learn that devastating atrocities happen to innocent people, including ourselves. We wish that someone like Batman will rush in and make it all better. We wish that, like Batman, we could have swooped in and saved everybody. I sure wish I could have.

In The Dark Knight Rises, Catwoman tells Batman that he can stop, that he has already given everything. Batman replies, “Not everything. Not yet.” In our lives, how much do we hold back? Hold back out of fear, hold back to not look like a fool, hold back from giving and receiving love. And for God’s sake, why? I need to answer that question for myself and make a change. I’m now afraid I’ll find I’ve held back too much, not given enough to this precious life, and it’ll be too late.

§ 5 Responses to From The Dark Knight Rises to Shattering Tragedy

You are currently reading From The Dark Knight Rises to Shattering Tragedy at Read, Write, Bliss.